THANK YOU FOR DOWNLOADING!

You are just minutes away from hitting the tables!

True Poker allows for late registration in every tournament.

If you’re tied up with work or another commitment and can’t make it home in time to start your favorite nightly tournament… it’s not a problem… True Poker late registration will ensure you have plenty of time to get in.

Depending on the buy-in and structure of the tournament, True Poker allows for late registration all the way up to 180 minutes of tournament play!

Late registration is not only a fantastic way in which everyone has the opportunity to get into the action, but prize pools often climb to much greater amounts as there are more and more players getting into the action than ever before!

Late registration can also be a great tool if you take that bad beat early on in the poker tournament and want to give it another try.  As True Poker has cutting edge re-entry technology, you can re-enter the tournament as if you were a brand-new player at any time that late registration is still open. 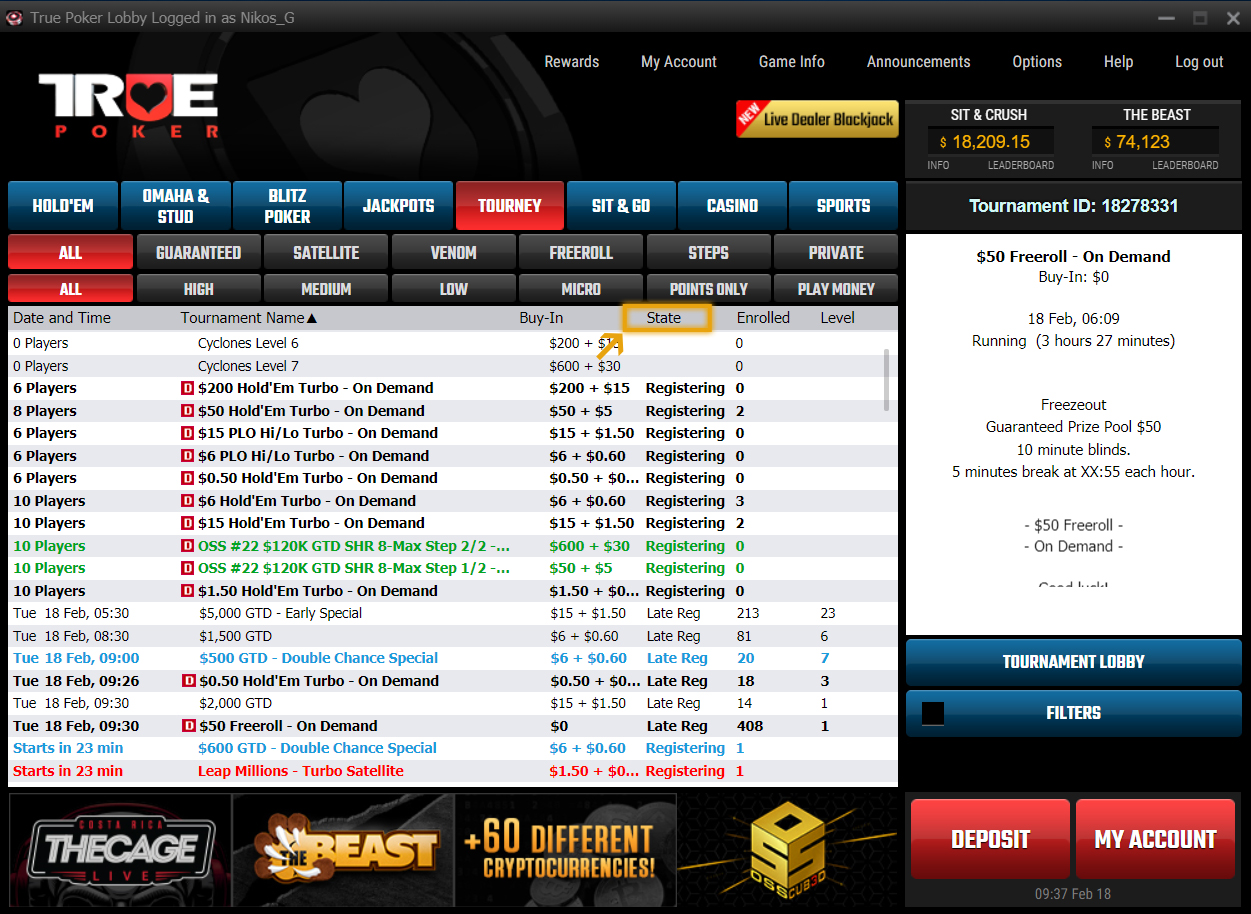 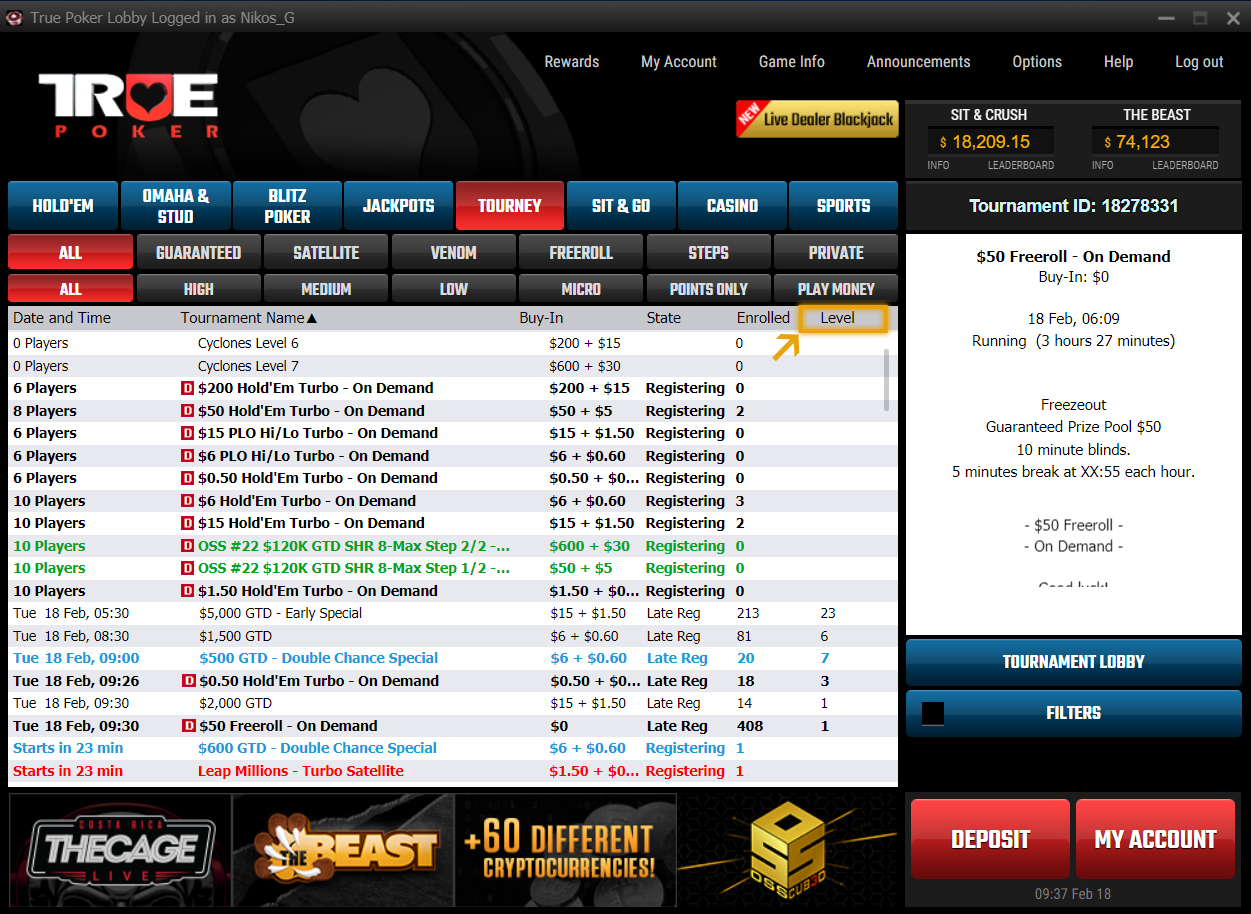 You now have lots of time and multiple opportunities to maximize your winnings in any single tournament!

Join the WPN Affiliates Program and receive a CPA commission with every active player you bring to the site.

Join the WPN Affiliates Program and receive a CPA commission with every active player you bring to the site.